Homemade Cashew Butter: learn how to make cashew butter with just 1 ingredient and a few minutes! 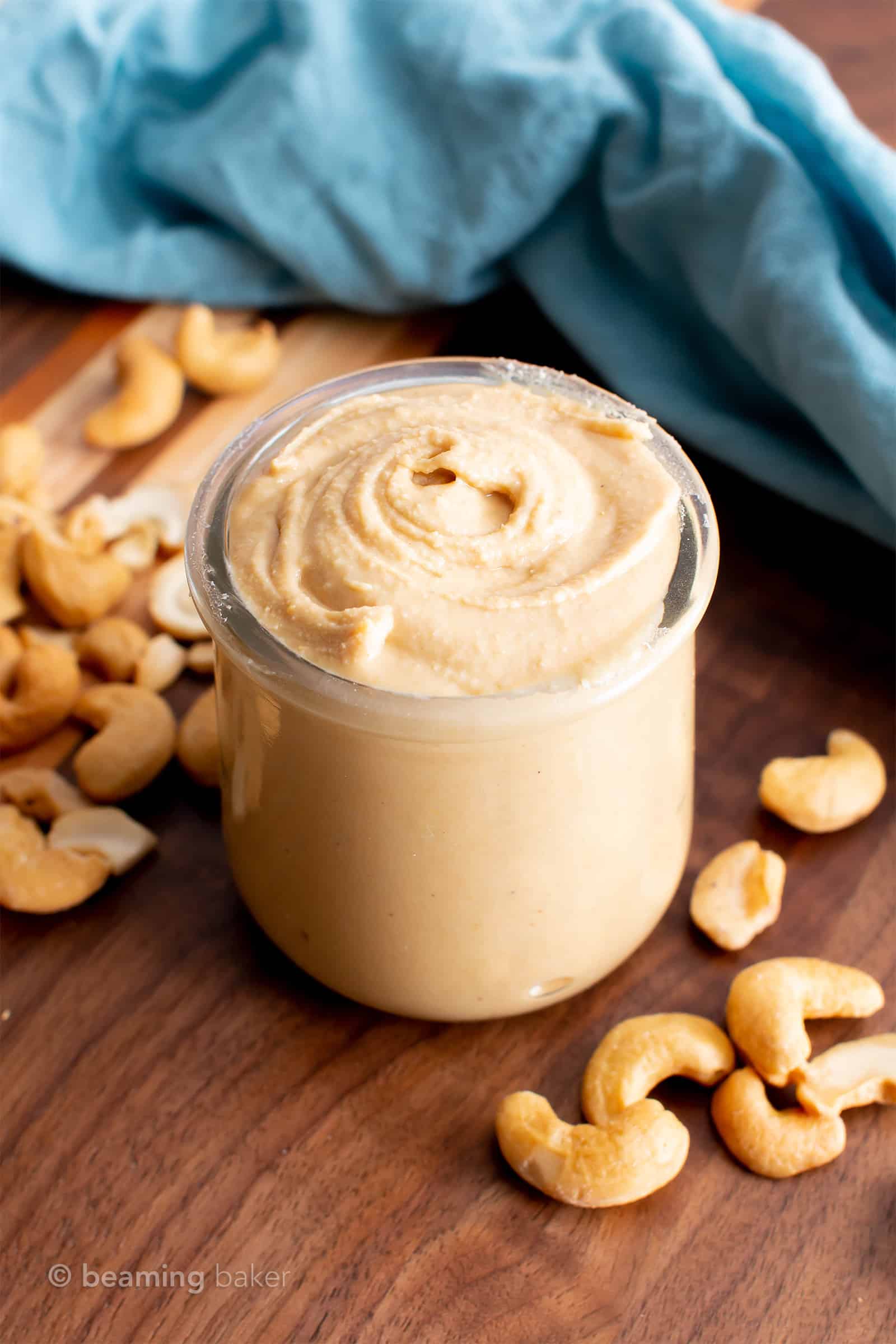 Ever wonder how to make cashew butter? Well, it’s super easy, ready in minutes, and tastes so much better than store-bought cashew butter. Plus, you totally get Homemade Cashew Butter bragging rights. <– Totally a thing.

Today, I’mma keep things short and sweet so we can get straight to the homemade cashew butter tutorial—I mean, there are step-by-step photos and everything. 😉 Let’s do it.

The 1 ingredient you need

How to Customize my Homemade Cashew Butter?

Once you’ve mastered how to make cashew butter, feel free to get feisty and add in fun ingredients like spices, sugar and so forth. Just make sure you add small amounts and test in small batches, as I know ingredients such as sweeteners can harden your simple & smooth homemade cashew butter.

What is Cashew Butter?

Cashew butter is a nut butter that’s made with cashews. Specifically, this means cashews are ground up in a food processor or blender until smooth, creamy, and spreadable. Because these ground cashews are spreadable, they’ve now turned into something else: cashew butter! Aka, a cashew butter spread.

How Do I use Cashew Butter?

How to Make Cashew Butter – a step-by-step photo tutorial 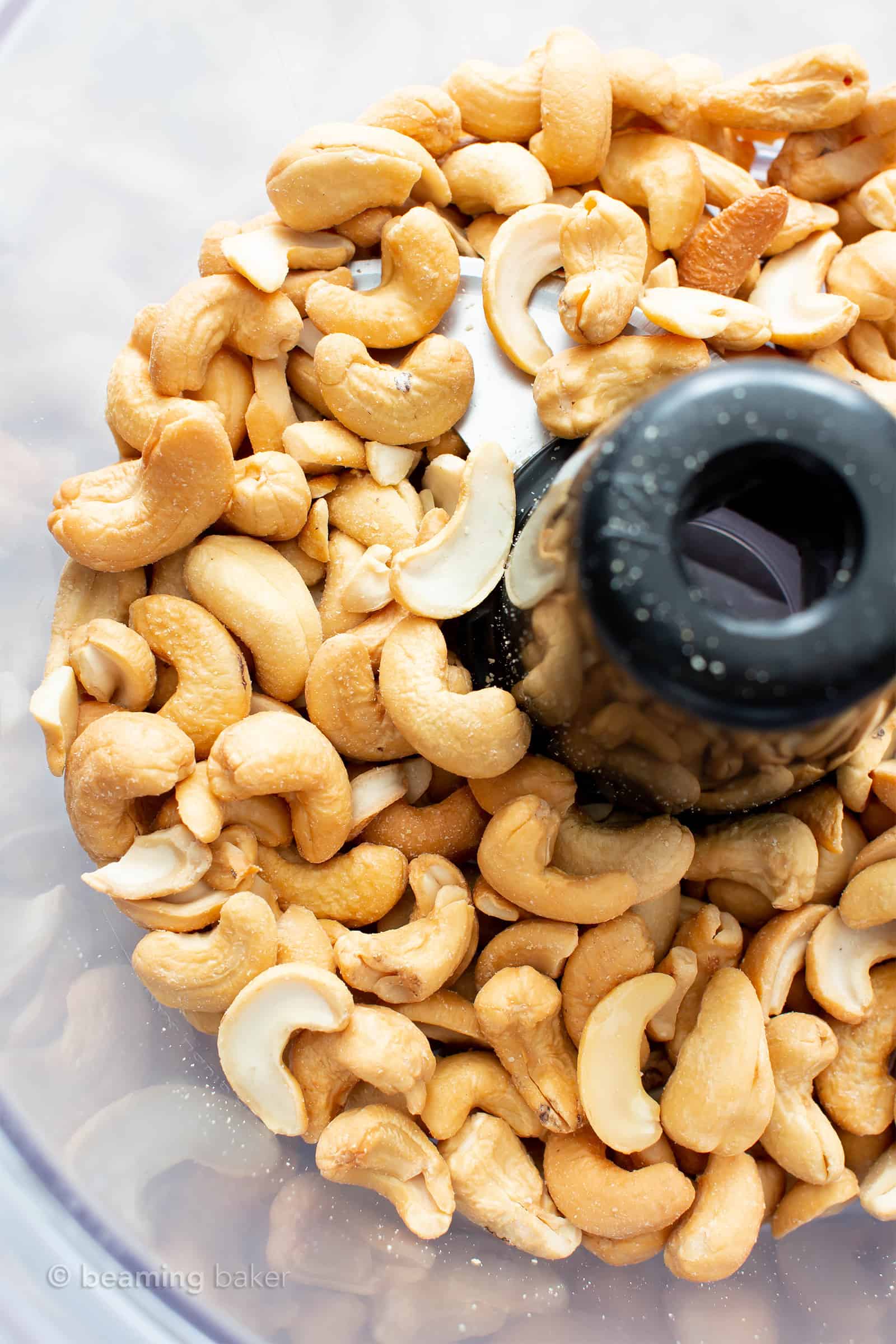 The funny thing is, I’ve found that different brands of cashews taste… well, different! Some companies roast their cashews quite a bit, others barely do it… and the resulting taste largely affects your final homemade cashew butter.

Step Two: Blend Cashews Until Crumbly. Blend cashews in the food processor until you get a coarse, dry and crumbly bits of cashews with a little bit ‘o cashew “meal” in it, as it were. 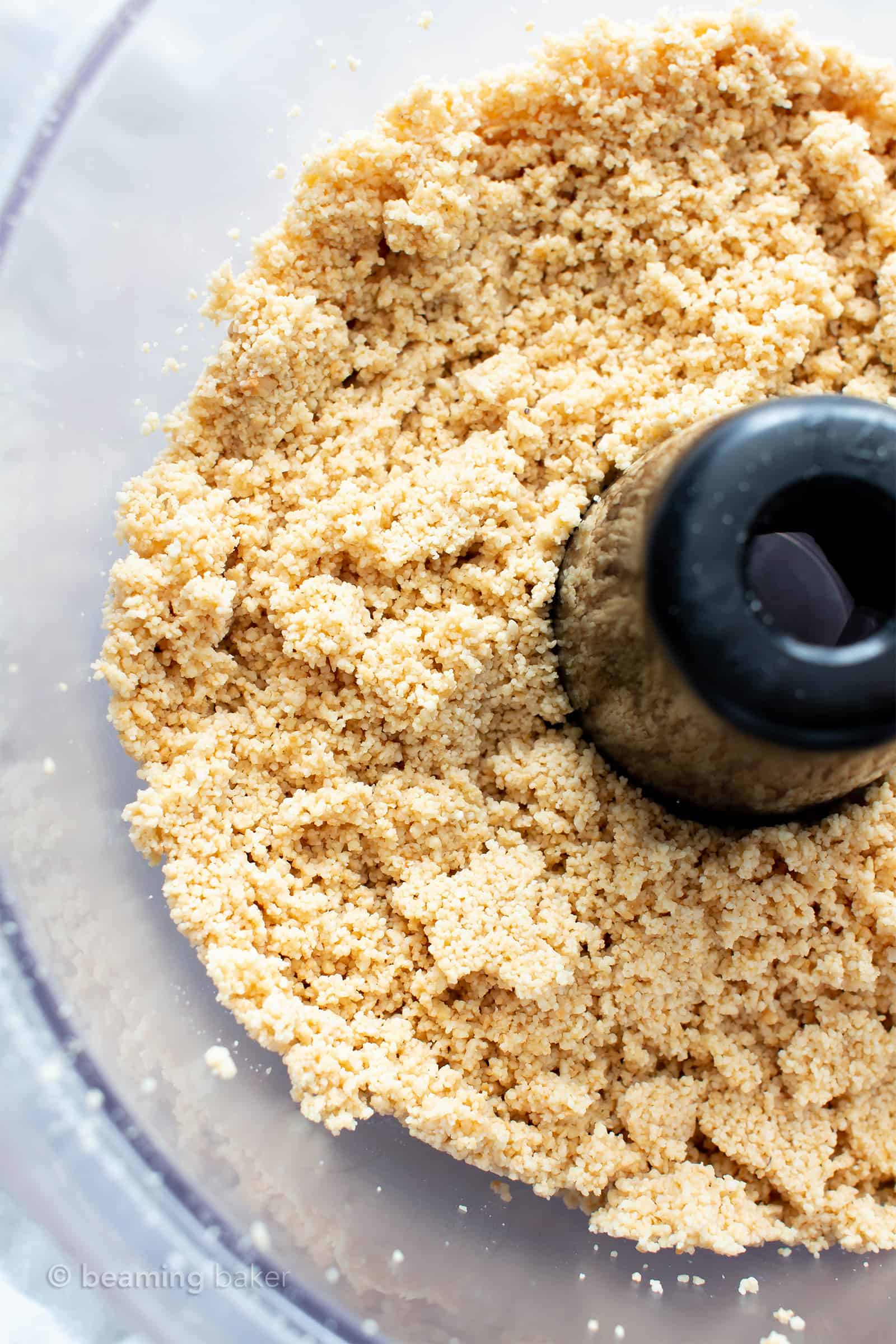 Step Three: Moist Cashew Meal; Cashew Oil Releases. As you continue to blend, your cashews will become a moist cashew meal, as cashew oil is being released through the blending process. You are getting so close to making homemade cashew butter! 🙂 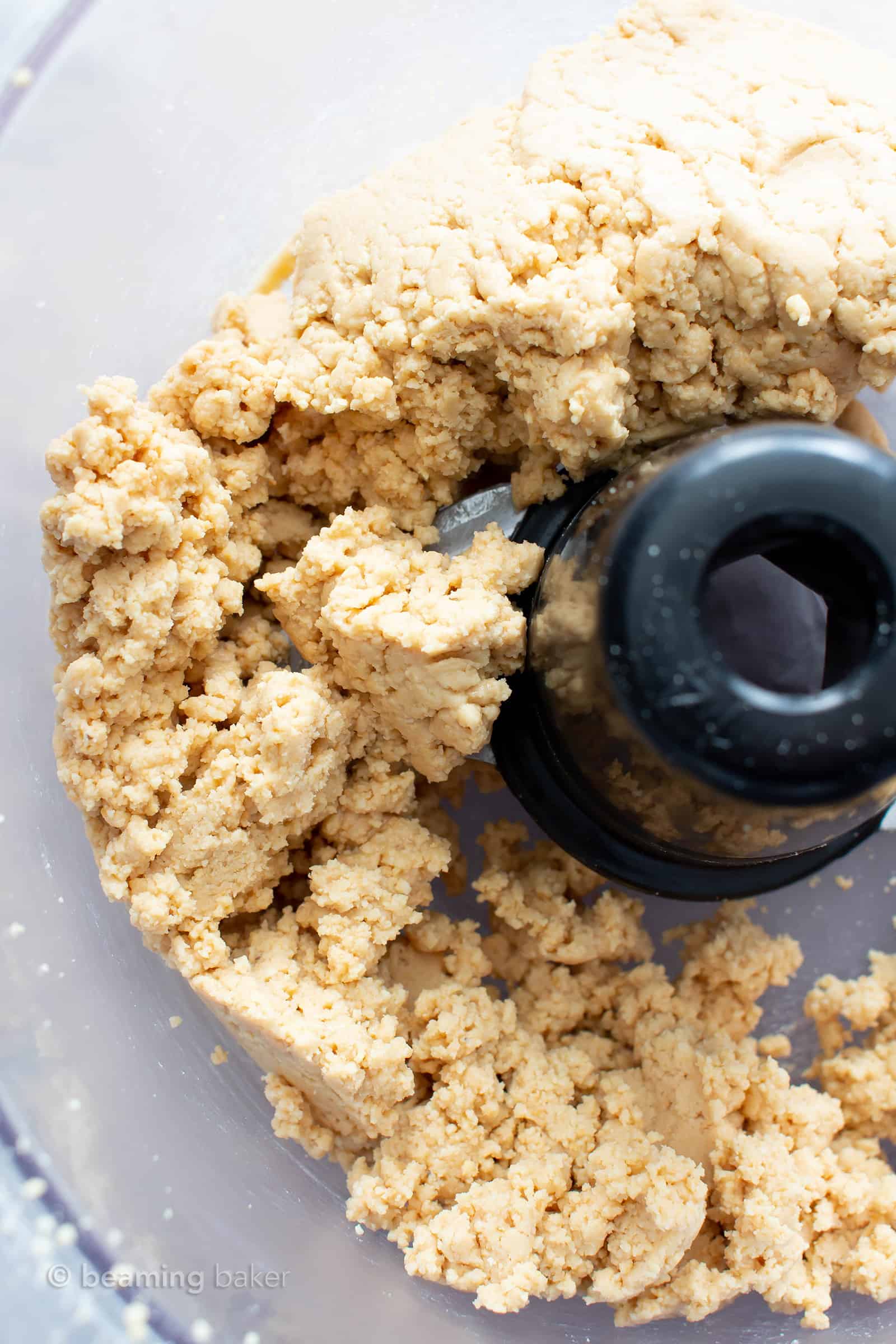 Step Four: Cashew “Dough”. Much of the cashew oil has released from your cashews, causing a cashew “dough ball” to form. You’re so close to making homemade cashew butter! 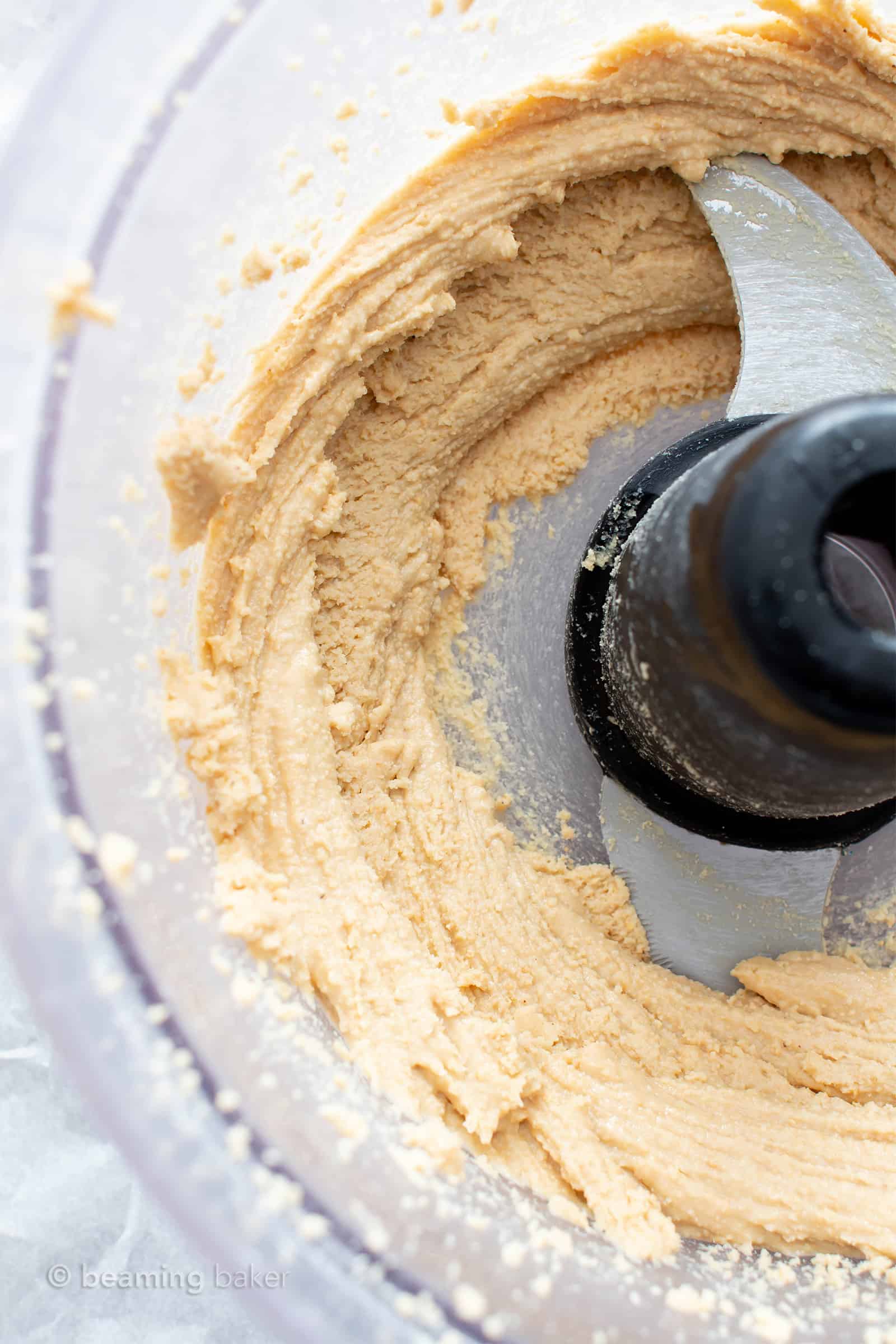 Step Five: Super Thick, Almost-Cashew Butter. Here, the cashew dough has turned into a very, very thick kind of cashew butter. But it’s still not ready. Keep going! We still have to blend until we reach a smooth, liquidy cashew butter consistency that you’ll see in the next photo (Step 6). 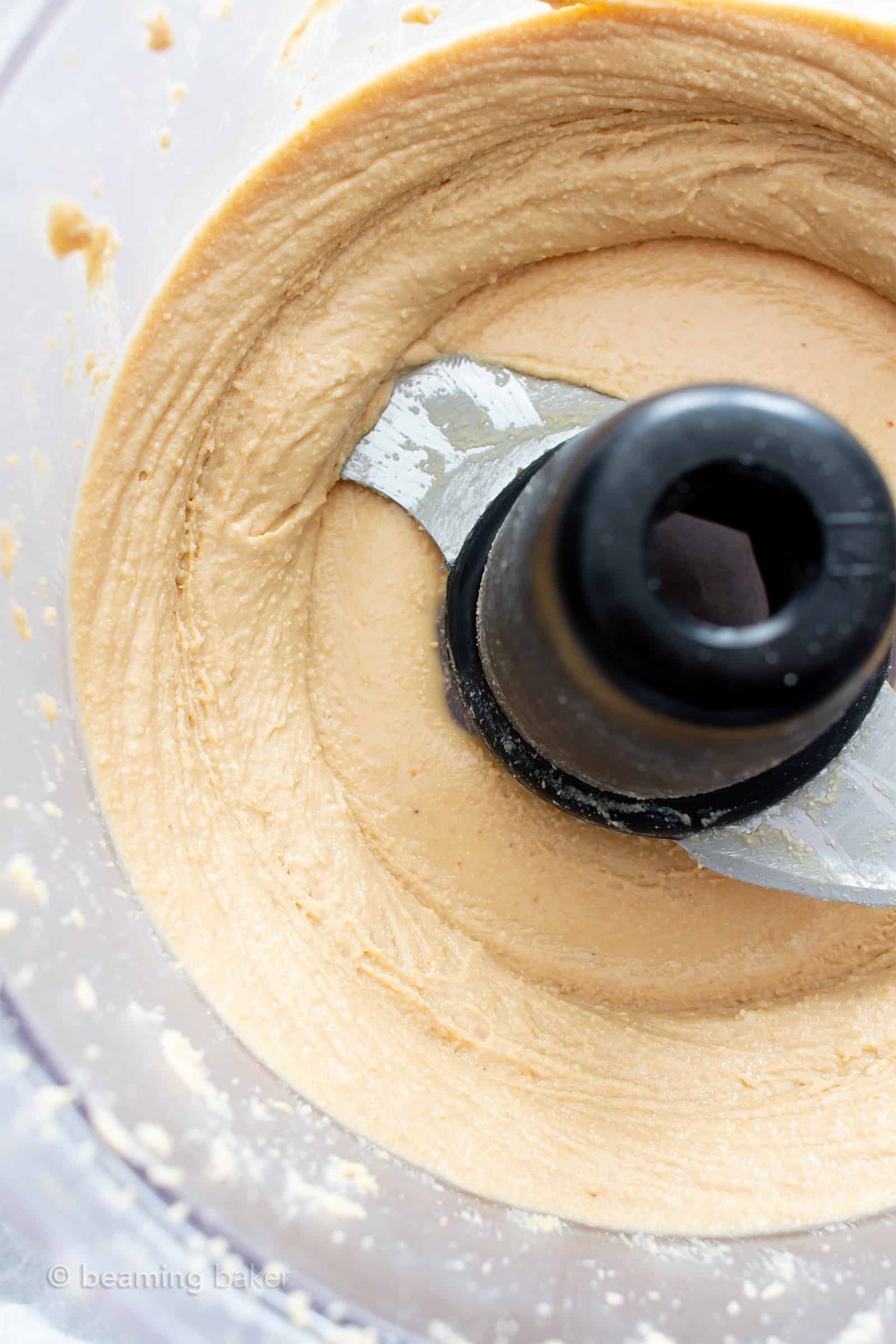 How to Store Homemade Cashew Butter

Thank you for stopping by Beaming Baker today. It’s my life’s joy and passion to share in these kitchen adventures with you. What would I do without you? ‘Til the next one…

📸 Did you make this homemade cashew butter recipe? Take a pic and share it on Instagram with the hashtag #beamingbaker & tag @beamingbaker. I’d love to see it! 📸

Recipes for your Homemade Cashew Butter

Homemade Cashew Butter: learn how to make cashew butter with just 1 ingredient and a few minutes! See the step-by-step tutorial with clear, detailed pics in the post. 🙂

Recipes for your Homemade Cashew Butter 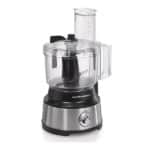 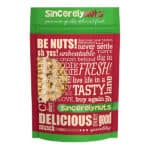 Storing Instructions: Store in an airtight container, in a cool, dark environment, at room temperature for 2-3 months. Or, store in the refrigerator for 3-6 months. 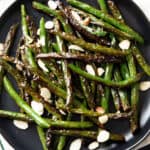 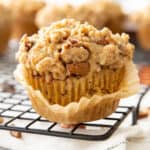 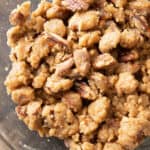 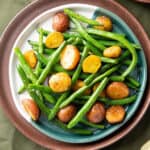 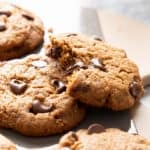